Missing the good ol' days of live rock music? Fret no more as Joe Russo's Almost Dead, the finest tribute act for Grateful Dead, is back on the road, calling you to rock on at the Gerald R Ford Amphitheater on Thursday, 2nd of June 2022 as they embark on a tour of bringing back legendary live rock music across the country. The tribute act reimagines the Grateful Dead's classic hits such as "Uncle John's Band", "Foolish Heart", and "Touch of Grey", bringing in a fresh take that elevates Grateful Dead's folk-rock sound, incorporating elements that create a fusion of contemporary and progressive rock. Hailed as the finest men who take audiences back to Grateful Dead's primetime from the 60s to the 80s, Joe Russo's Almost Dead is an act that every generation can grow to appreciate as the band continues to bring life to timeless legendary hits from the decades. It's gonna be a legendary night with one of the finest tribute acts in the country, book your tickets now! 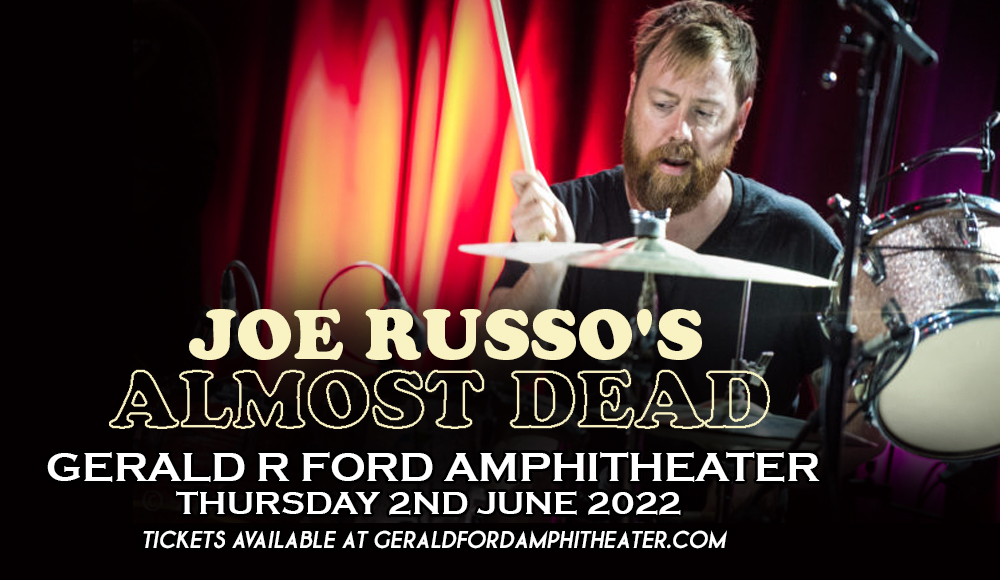 Formed in 2013, Joe Russo's Almost Dead played their first gig at the Brooklyn Bowl in Brooklyn, New York, a place where notable bands in the jam-rock band scene found themselves stopping by. Afterward playing another show a the Capitol Theater, wrapping up the year.

From a humble start of 2 gigs, the band skyrocketed to success as they played more and more shows the following years. In 2016, they played a total of 36 shows for the year. Joe Russo's Almost Dead is made up of Joe Russo, Dave Dreiwitz, Marco Benevento, Scott Metzger, and Tom Hamilton who stir the crowd with a drumbeat then as instruments collide, kicking it off in unison as they begin their setlist.

The fine men's high energy, dynamic arrangements, alternating solos, and fresh takes on timeless tracks make audiences all over the country scream for an encore. Every show is memorable as fans sing along to their favorite Grateful Dead hits such as "Truckin'", "Johnny B. Goode", "Ripple", "Throwing Stones", "Touch of Grey", and "Foolish Heart" among others.

Joe Russo's Almost Dead will surely take you on a ride back to the late 60s to the 80s as they perform unforgettable hits by the one and only Grateful Dead. The tribute act is known for giving fans surprises at every show with various solos, improvisations, and unique takes on their setlist. You're surely in it for a night to remember, book your tickets now!