Country music star Maren Morris won't make you drive Circles Around Town just for you to catch a glimpse of her highly anticipated concert tour this summer. Morris invites us to the Colorado stop of her "Humble Quest" tour this Tuesday, August 16, 2022, at the Gerald R Ford Amphitheater. Contain your excitement as you sing along to her hits such as "My Church," "The Bones," "Girl," and many more. Be mesmerized as you listen to how Maren Morris jumps in and out of her lyrics, showing nothing but extraordinary sophistication that any other country singers find hard to replicate. Grab your tickets for her Colorado show now, and be ready for a night of exciting country music! 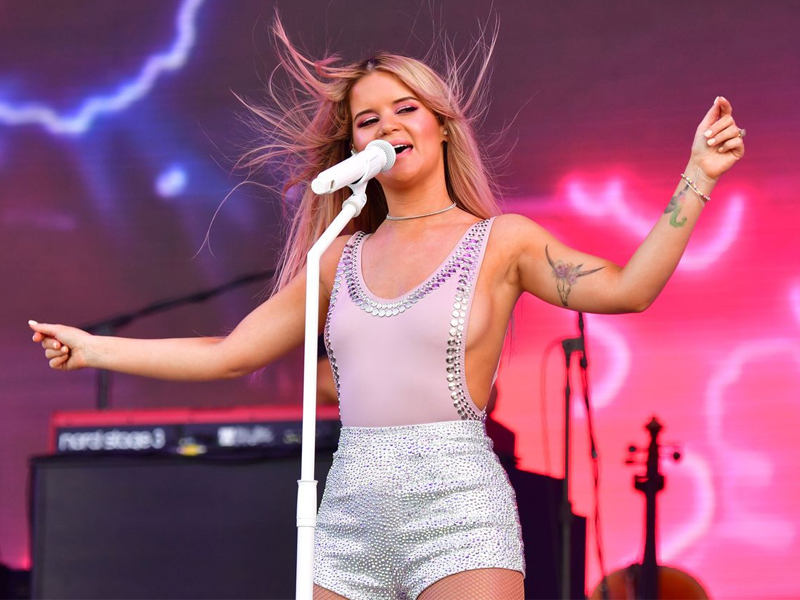 Known to be rejected by several reality singing competitions, Maren Morris's rise to stardom wasn't easy. She started to perform in public during her preteen years and was able to tour around Texas. In her late teens and early 20s, she released three studio albums on independent record labels but didn't find the success she was hoping for. She then moved to Nashville to chase the dream and eventually land a recording contract from a reputable record company.

As stated in Maren Morris' new song "Circles Around This Town," the singer was able to write over a hundred pieces, but it's the two songs about a church and a car that propelled her to international stardom. Her breakout songs, "My Church" and "80's Mercedes," made her a household name in the American country music scene.

From then on, there is no stopping this 31-year old mother from giving country music fans one hit after another. Her albums "Hero" and "Girl" gave us the hits 'I Could Use A Love Song," "The Bones," "Girl," "Rich," and many more. Her new album "Humble Quest" promises to top the success of her two previous albums. And by how fans and critics embrace the lead singles "Circles Around This Town" and "Background Music," its massive success is not far from reality. Thus, her highly-anticipated tour, supporting her newest album, is sure to be one for the books this concert season.

"Oh, how I've missed you. I can't wait to see you out under the stars," tweeted Maren Morris in excitement to hit the road again this year.

The singer is set to stop at Gerald R Ford Amphitheater this August 16, 2022 (Tuesday), to give her Colorado fans a show they will never forget. Make sure to secure your tickets for the show, and see you there!