The spirit of The Grateful Dead is very much alive, in the flesh, as one of its founding members breathed new life to The Grateful Dead's esteemed repertoire of timeless improv rock, jazz, and psychedelic jams. Phil Lesh and Friends will embark on yet another sound trip, meeting and performing before a multitude of followers across many concert stages. Phil Lesh and Friends will drop by this neck of the woods for a highly anticipated show at the Gerald R Ford Amphitheater on Friday 17th September 2021. The perfect place to hang out revel in generation-defining sounds from a legendary artist. Don't miss it. Book your tickets now! 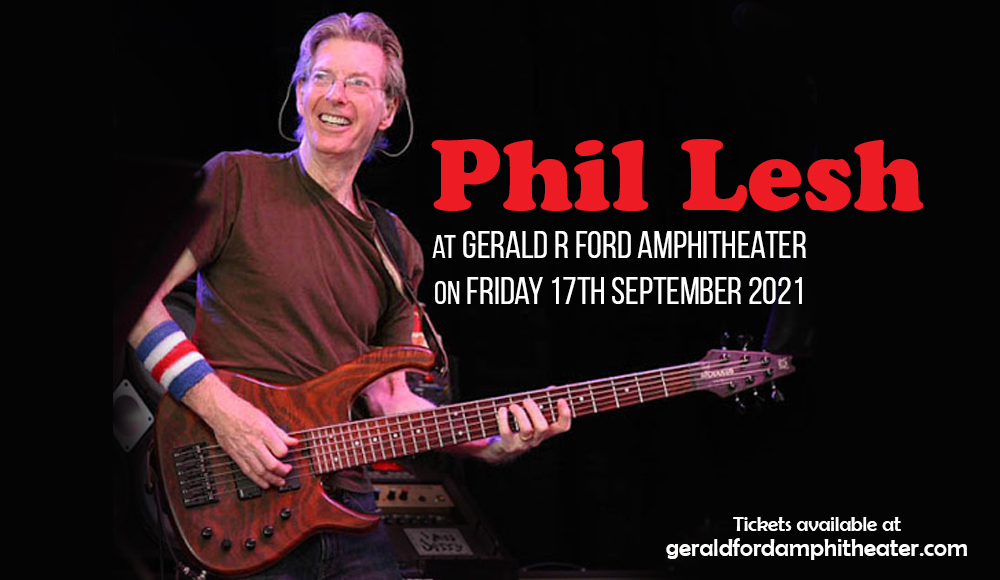 As Phil Lesh stepped out of the legend that is The Grateful Dead, he went out on his own, yet paid homage to The Grateful Dead's peerless musical legacy with a side project he called Phil Lesh and Friends. The band does not merely do straight-from-the-record covers of The Grateful Dead's songs. They take elements from the material, explore, experiment, and take on their own interpretation and stylings.

Phil Lesh was one of the founding members and played bass guitar for The Grateful Dead throughout their 30-year career. As a bass player, he went over and beyond the role of 'keeping time'. He transcended the demands of his bass playing by innovating and moving the bass sound forward, adopting a more melodic approach. As the band ventured into 'jams', Lesh's bass became a counterpart to Jerry Garcia's lead guitar riffs. Lesh also contributed or co-wrote some of the most recognized songs in Grateful Dead's repertoire which includes "New Potato Caboose", "Box of Rain", "Truckin'", "Unbroken Chain" and "Pride of Cucamonga".

Phil Lesh and Friends will keep you in great company and lift your spirits high up with the nostalgic yet ingenious and fresh arrangements of Grateful Dead's music. Save your spot and book your tickets now!