Twiddle comes to Gerald R Ford Amphitheater on Thursday, 9th June, 2022, as part of its 18 date Spring tour. Twiddle will be accompanied by Andry Frasco & The U.N, Dogs in a Pile, Strange Machine and Threesound on selected tour dates. The tour began on 1st April from Hampton Beach, N.H. The tour concludes on 1st September at the Boarding House Park in Lowell, MA. The American rock band is set to deliver an enthralling set of performances to their fans. They will be bringing their unique mix from various genres such as bluegrass, jazz, reggae, and funk. Catch them live alongside a very exciting line-up on 9th June 2022 before all of the tickets are sold out! 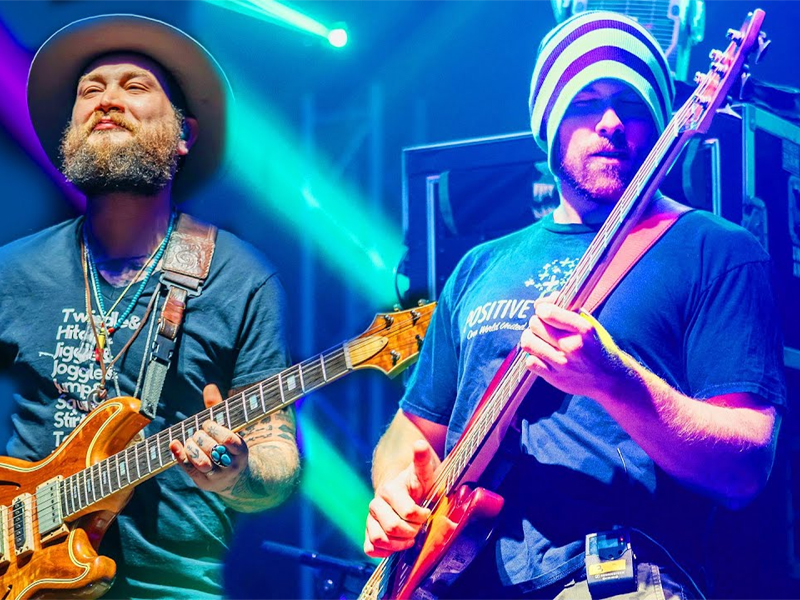 Twiddle was formed in 2004, and the band comprises of Mihali Savoulidis, Ryan Dempsey, Brook Jordan, and Zdenek Gubbs. The band is famous for its own annual festival, called Tumble Down at Burlington Waterfront Park. The band’s upcoming album, Every Last Leaf, is its fifth full-length studio album, and the album explores the nature of life and its cycles. The album is hugely anticipated by all of their fans which is expected to come out this August.
Twiddle has been touring for 18 years now, and have got the reputation of a very attractive jam band. They are known for incredible live performances, bringing a lot of energy to each of their shows. The group has sold out some of the most iconic venues in the country, including the Red Rocks and many others. They have also played at famous festivals such as the Bonnaroo and Electric Forest. Their headlining event, The Tumble Down festival, is also an extravagant festival attended by thousands of their fans. The band has generated more than 100 million streams globally and is one of the most sought-after rock outfits in the U.S. Catch them live at the famous Gerald R Ford Amphitheatre on 9th June 2022. Make sure you get your tickets right now before none of them are left!